On your way to the Tanzania-Kenya Namanga border (from Nairobi), there lies a series of hills on the right, right before Immigration. I’ve driven by these hills often, but it never occurred to me that they’d make for a splendid hike.
Ol Donyo Orok; The black Mountain.

We left Nairobi CBD at 6:00 am, drove to the border for about 3 hours, then stopped for breakfast at a small art-gallery kiosk. 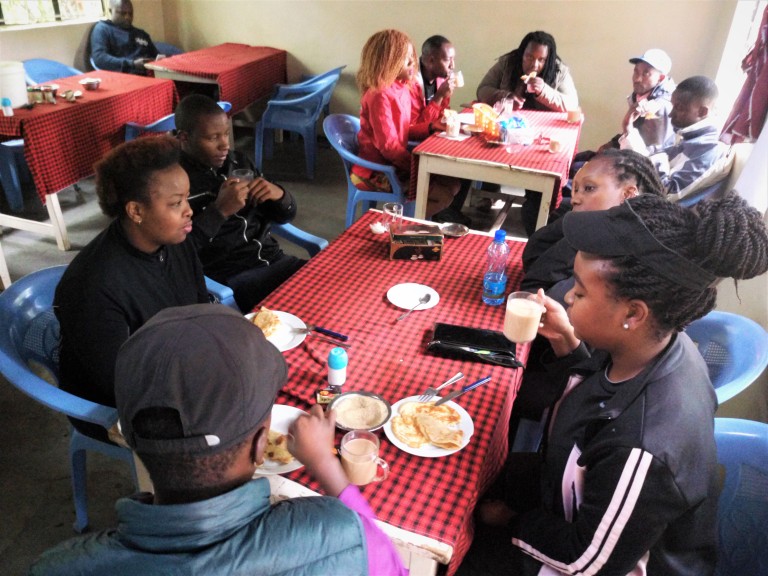 We then left for the hills and did a quick introduction and warm-up.

As with all hikes, the beginning was gentle, with views of the scenic hills we were to tackle. 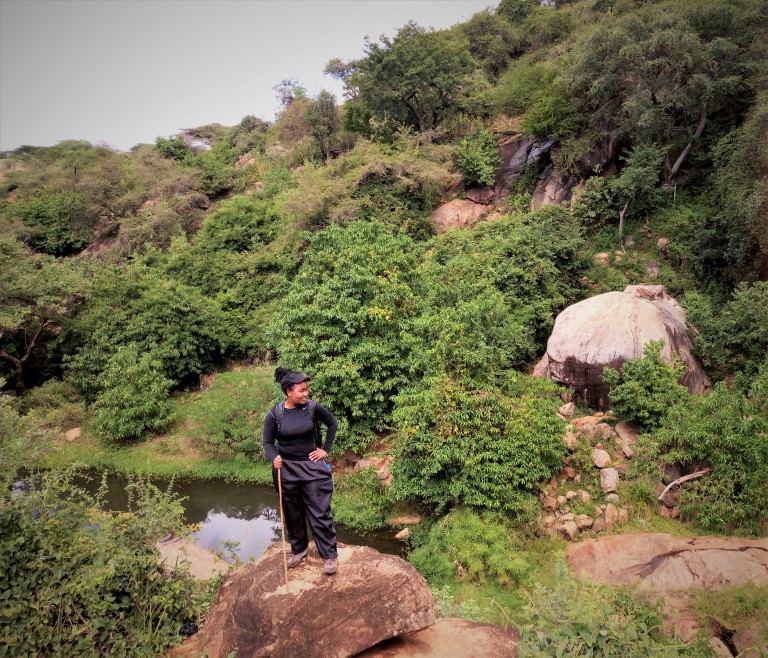 Our first stop, a water point about an hour into the hike, had a stream emerging from within rocks. One of the guides helped me fetch some to drink as I was a little sceptical that my 2.5 litres would not last me the entire hike. The team re-grouped and took a couple of pictures.

At some point we came across this dry giant that we had to climb. It took lots of team work. 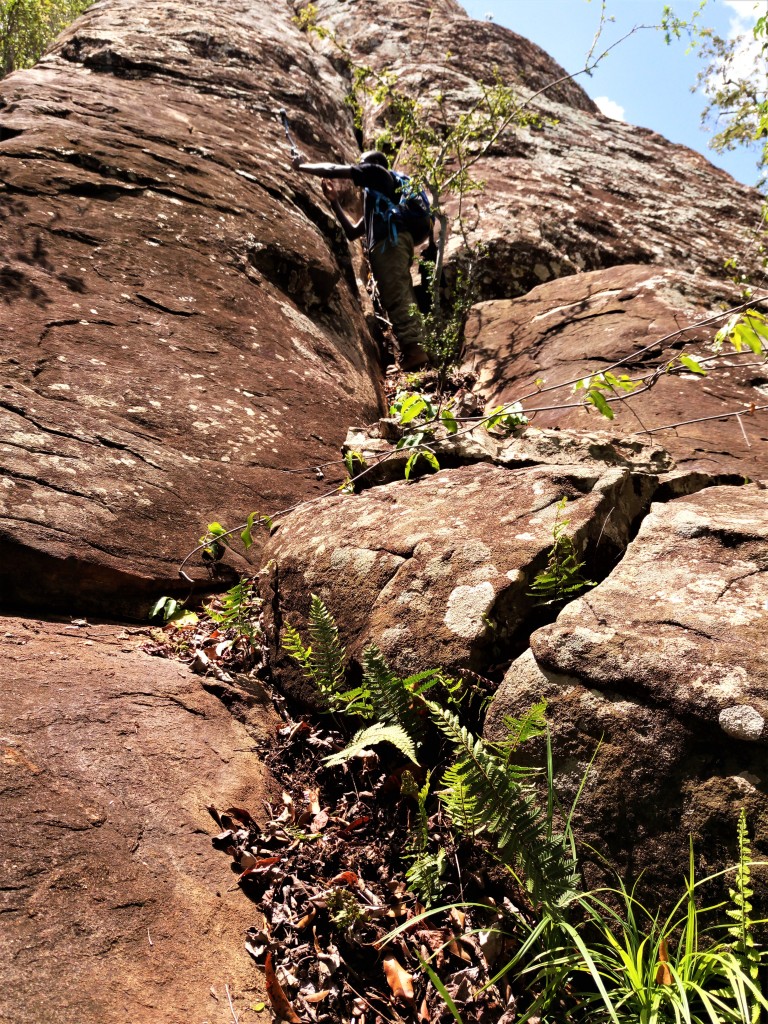 We got to the summit of the hike about 4hours in and the view from the top was nothing short of breathtaking!

Have you ever been on a hike, summited, and the long anticipated descent turns into an unexpected ascent? That was this hike. We ‘descended’ upwards after the summit for some distance.

This hike also had a lot of bending to go under vegetation.

A fun part of the descent was sliding and falling. Each time someone fell flat on the ground, everyone laughed and shouted, ‘TOUCHDOWN!’. I doubt there’s any one that didn’t fall.

The hike ended after about 6.5 hours, after which we had late lunch at a new restaurant at the foot of the hills.

The forest is one of the best well-conserved I’ve seen, with almost zero interference from human population. We saw a couple of spooky trees.

Until next time,
Happy hiking!