Maison des Esclaves (House of slaves) is probably the most famous slave store-house in the World. Constructed in 1776 on Gorée Island, it served as the final ‘home’ of the slaves to be. 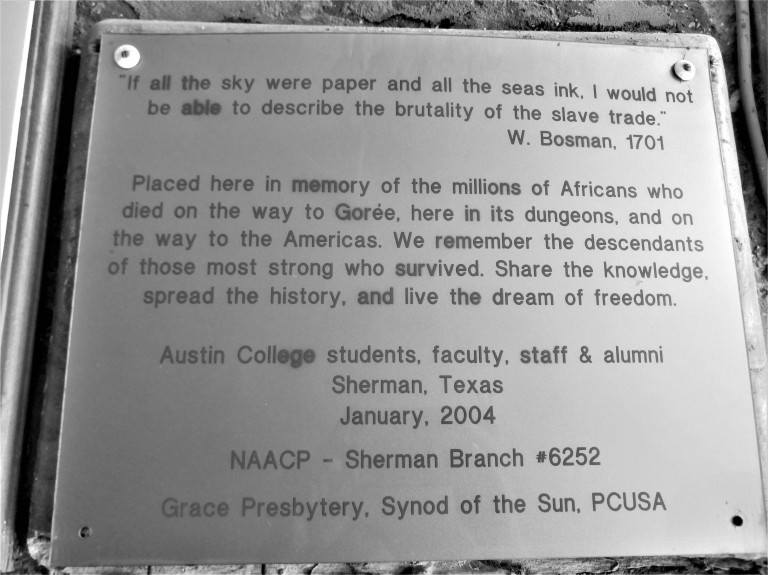 Conditions in the building were harrowing; dark airless cells with just a slit opened on the thick walls. Each cell would hold 15-20 slaves, who were separated according to gender and age. Surprising to me was that children were also captured, as their tiny hands were considered best for certain jobs like coffee bean picking.

In one of the cells, young girls were kept and periodically paraded in the courtyard for the white masters to choose from. Once pregnant, their status rose from slave to housekeeper, in their masters houses abroad. They would also remain on the island until childbirth.

Two punishment rooms existed for anyone that tried to escape or act in a prohibited way. They had low ceilings, (one can only go in crawling) in addition to being very damp. For this reason, many of the slaves that went through punishment contracted pulmonary diseases. It is in one of these rooms that the late Nelson Mandela got into while on a visit to the house in 1991 and emerged with tears down his cheeks. After 27 years of his own imprisonment, he could still relate with the torture the room bore. 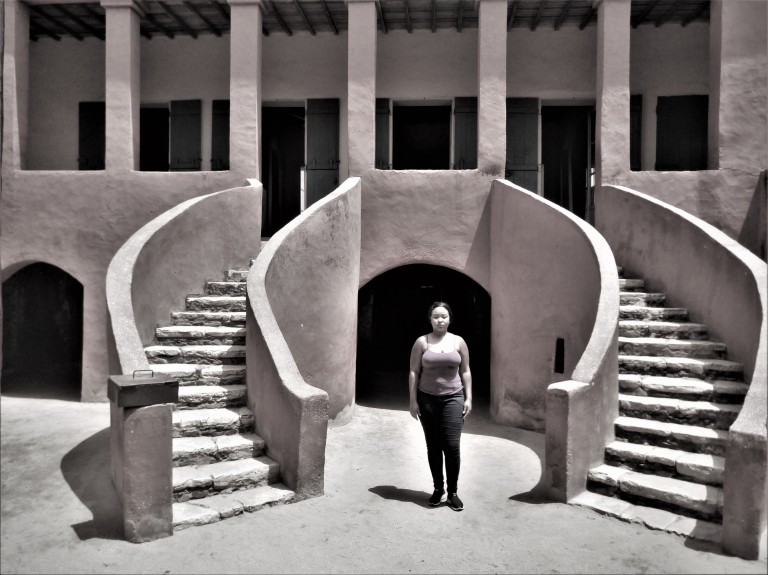 It might also be worthy to note that anyone that fell sick in the house would be thrown into the ocean, to avoid spreading of disease. Consequently, sharks loved the area. Whoever tried to escape from the ships, would be shot dead, but were they lucky enough to survive, they would face the wrath of the awaiting sharks.

The door of no return was the final exit into the Atlantic and the Americas.
From free man to slave,
From dignified to humiliated,
from person of identity to one with none,
May we never forget.

PS: Few places have moved me to tears. I doubt anything will beat the Kigali Genocide museum. This museum at Gorée came a close second.

Until next time,
Happy traveling!